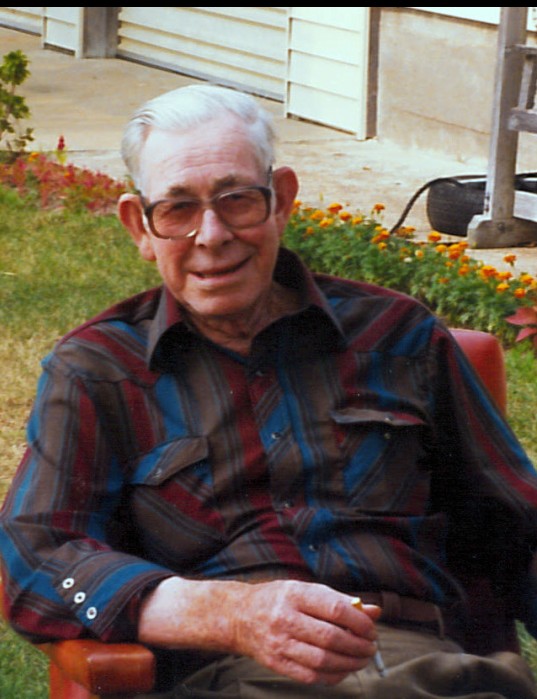 He was born in Elizabeth, Arkansas on January 15, 1924, son of the late Fanny (Adams) and Henry Clay Baker and grew up on the family farm on Busby Creek. AJ spent his life as a loving son, brother, husband, father, grandfather and friend to many and will be greatly missed. He was united in marriage to the late Joy Lee (Holstine) Baker on November 28, 1953 in Viola, Arkansas and to this union three children were born. AJ was a member of Landmark Missionary Baptist Church in Elizabeth, Arkansas.

AJ served in the United States Army from November 3, 1943 to April 11, 1946 during World War II in the South Pacific. During his time in the war he carried 30 caliber Browning machine guns and served in New Caledonia, Okinawa, Saipan. AJ served as Sergeant in the occupation of Japan. He was on the second plane to land in Japan and no one knew how they would be received once they landed. While in Okinawa, he was injured and received the Purple Heart Ribbon along with receiving the World War II Victory Ribbon, Good Conduct Medal, AP Theater Ribbon and One Bronze Service Star. The second day on Okinawa, AJ witnessed the battle between the US Navy and 350 Japanese Kamikaze Fighter Planes.

After returning home from the Army he worked in log wood and helped clean timber for Norfork Lake to be built. After marrying wife, Joy he worked in Kansas City then bought a farm in Fulton County, Arkansas on which he would remain until a couple of weeks before his death. On his farm, he spent most of the years dairy farming then later worked stock cattle.

Funeral services will be Tuesday, June 13, 2017 beginning at 2:00 PM with Bro. Van Brown officiating at Flora Baptist Church in Viola, Arkansas. Interment will follow at Flora Cemetery in Viola, Arkansas. Visitation will be Monday, June 12, 2017 from 6:00 PM until 8:00 PM at Doty Family Funeral Service Chapel in Salem, Arkansas.

To order memorial trees or send flowers to the family in memory of AJ Baker, please visit our flower store.
Send a Sympathy Card