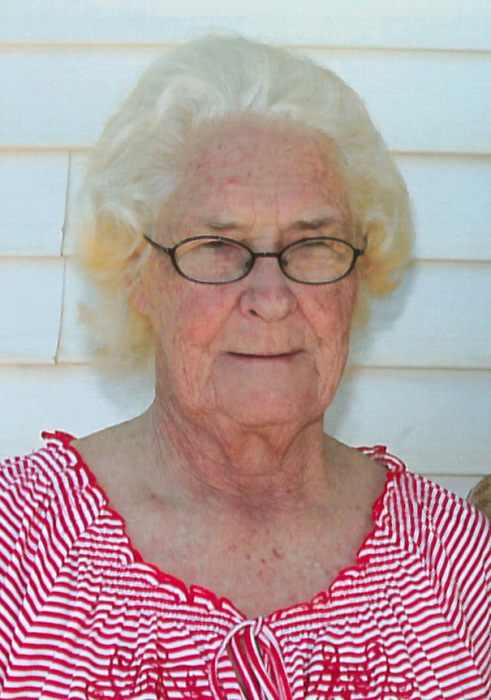 She was born in Bakersfield, Missouri on September 21, 1939, daughter of the late Lillie (Crawford) and Joseph Clifton Roper. Audra spent her life as a loving daughter, sister, wife, mother, grandmother and friend. She was united in marriage to Chester Wilson on June 8, 1958 at Enterprise Baptist Church in Viola and from this union three sons were born, Clifton, Richard and James. During her working years, she worked in the Navy Commissary. Audra was a member of the Enterprise Baptist Church, past President and Chaplin for the VFW 9777in Salem, Arkansas and the Navy Wives Club. Her hobbies included camping, fishing and bowling. She was quite the bowler and received a trophy for bowling a 300. Audra and Chester went fishing one time and she caught 125 Blue Gill while Chester caught nothing.

She was preceded in death by her parents, Lillie and Joseph Roper; sister, Patty Roper and brother, Carl Roper.

Funeral services will be Monday, March 5, 2018 beginning at 10:00 AM with Laikynne Whitsel officiating at Enterprise Baptist Church in Viola. Interment will follow at Pickren Hall Cemetery in Viola. Visitation will be Sunday, March 4, 2018 from 4:00 PM – 6:00 PM at Doty Family Funeral Service Chapel in Salem.

To order memorial trees or send flowers to the family in memory of Audra Lee Wilson, please visit our flower store.
Send a Sympathy Card