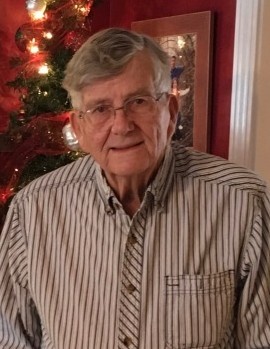 He was born in Wild Cherry, Arkansas on February 11, 1931, son of the late Henry Alvin and Laura (Cantrell) Young. Bill spent his life as a loving son, brother, husband, father, grandfather, uncle, and friend. He was united in marriage to Audry Fore in Gepp, Arkansas on October 7, 1951. Bill served our country in the United States Army from 1949 until 1952. During his working years, Bill owned his own construction company and enjoyed building, fishing, and bowling. He was a member of Overland Park Assembly of God for over 40 years in Overland Park, Kansas.

He was preceded in death by his son, John Young; grandson, Joshua Tucker; parents, Alvin and Laura Young and 11 brothers and sisters.

To order memorial trees or send flowers to the family in memory of Bill Dale Young, please visit our flower store.
Send a Sympathy Card