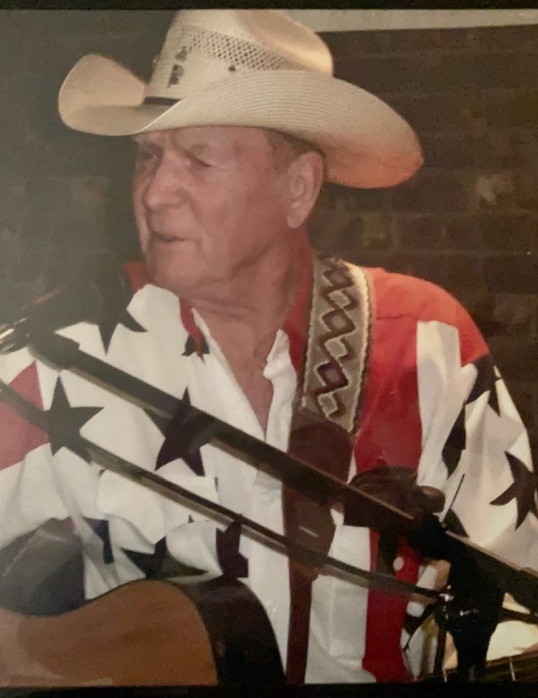 He was born in Lodge Corner, Arkansas on December 10, 1937, son of the late Colvin Columbus and Bessie Manervia (Fry) Hoover. Billy spent his life as a loving son, brother, husband, father, grandfather, great grandfather, and friend. He was united in marriage to Lynn Marlene Oberg on July 14, 1984 in Chicago, Illinois. Billy served our country in the United States Air Force. During his working years, Billy worked as a machinist. He was a member of Crossroads Baptist Church in Ash Flat. Billy was a Mason and belonged to the Masonic Lodge in Chicago. He loved to play country music and was quite the musician. Billy played music all over this area and had his own band and is a member of the West Plains Country Music Hall of Fame. He loved to play baseball and was a member of the Bell & Howell Factory baseball team where he played short stop and pitcher. Above all, Billy loved his family and loved spending time with them.

To order memorial trees or send flowers to the family in memory of Billy Glen Hoover, please visit our flower store.
Send a Sympathy Card