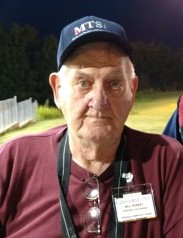 He was born in Cave City, Arkansas on July 11, 1941, son of the late Charlie and Gertie (Lassiter) Perkey. Billy spent his life as a loving son, brother, husband, father, grandfather, Uncle and friend. He was united in marriage to the late Glodean Henry on December 11, 1968 in Glencoe, Arkansas. During his working years Billy worked in construction and was a member of Eutopia Baptist Church.

To order memorial trees or send flowers to the family in memory of Billy Don Perkey, please visit our flower store.
Send a Sympathy Card