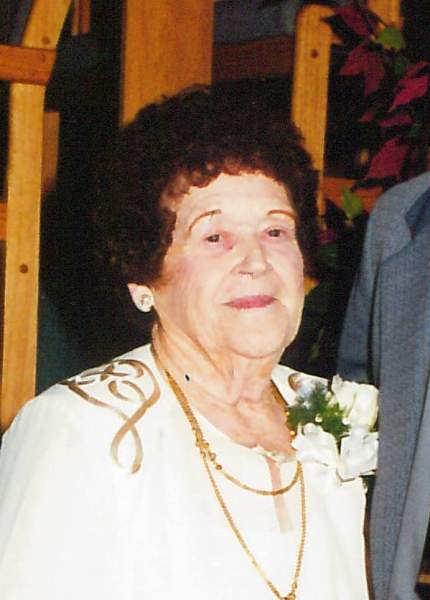 Lois Hazel Blevins, of Oxford, daughter of the late William Ballard and Georgia Helm Ballard, was born January 22, 1920 in Oxford, Arkansas. She died May 23, 2015 at her daughter's home in Mountain Home at the age of 95 years 4 months and 1 day.
She was united in marriage to Lindall Blevins on February 14, 1936 in Oxford. During her working years, she farmed, along side her husband. She was a homemaker and a member of the Oxford Baptist Church.

Funeral Services will be Wednesday, May 27, 2015 at 10:00 am at Oxford Baptish Church in Oxford, Arkansas, with burial to follow in Oxford Cemetery under the direction of Cox-Blevins Funeral Home of Salem. To sign the online guest book go to coxblevinsfuneralhome.com

To order memorial trees or send flowers to the family in memory of Blevins, Lois Hazel, please visit our flower store.