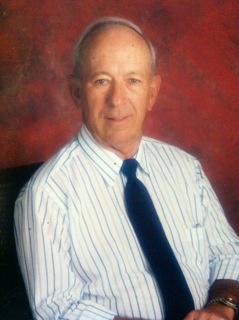 Carmon Max Brown, of Henderson, son of the late Herschel Brown and Clara Batterton Brown, was born November 27, 1930 in Mt. Calm, Arkansas. He died May 25, 2015 at Hospice of the Ozarks in Mountain Home at the age of 84 years 5 months and 28 days.

He was united in marriage to Jean Marie Milligan in Viola in November 25, 1952. To this union three children were born. In 1977 he married Muriel Williams in Texas. On May 25, 1994 he married Jacqueline Dawson Moore. During his working years he was a catastrophe insurance adjustor. He was a graduate of the University of Arkansas and he loved to watch the Razorbacks play. He enjoyed many family Colorado hunting trips, social hunting trips in South West Texas and he loved spending time duck hunting with his family. He also enjoyed playing golf when he could. Carmon was a Mason and a member of the Methodist Church.

He was preceded in death by a brother, Charles Edward Brown, wife, Muriel Williams Brown; step children, Patty Williams Harvey and Barry Williams, and his father and mother.

Funeral Services will be Saturday, May 30, 2015 at 11:00 am at Salem Methodist Church in Salem, Arkansas, with burial to follow in Mt. Calm Cemetery under the direction of Cox-Blevins Funeral Home of Salem. To sign the online guest book go to coxblevinsfuneralhome.com

To order memorial trees or send flowers to the family in memory of Brown, Carmon Max, please visit our flower store.