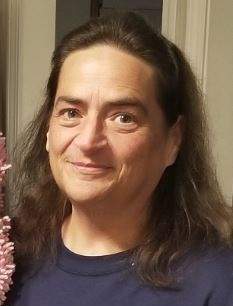 Carole was born on June 3, 1963 in Kansas City, Missouri, to Drexell and Carolyn Bell, growing up on the farm in Holt, Missouri. She graduated from Kearney High School, Kearney, Missouri, in 1981. She was employed by Metro Service Company in Kansas City and as a floral merchandiser for Native Floral at Costco.

From a young age Carole was full of life enjoying every minute of it, including her last several years after a debilitating injury. Some of Carole’s favorite things that she liked to talk about, besides her immediate family and grandchildren, were growing up on the farm, Arkansas and Grandma Joe, her mother and father, especially her father who preceded her in death and her two Golden Retrievers, Buddy and Ellie. She had a heart that was bigger than life, full of generosity and had an infectious sense of humor.

Carole was a member of the Church of Christ, she was a Kansas City Royals and Chiefs fan and a major supporter of the Republican Political Party. She was an avid book reader. After the accident, Carole became interested in quilt making and made some the most beautiful quilts in the country, with a network of quilt makers across the nation.

To order memorial trees or send flowers to the family in memory of Carole Annette Brotherton, please visit our flower store.