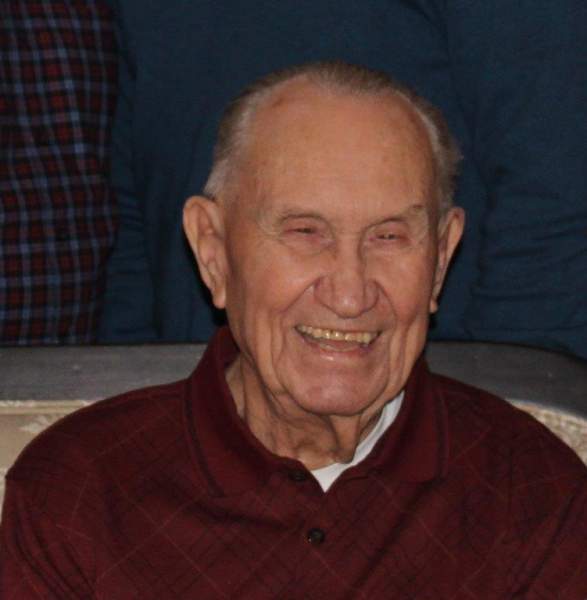 Cleo Frank Reeves, of Olathe, Kansas, formerly of Salem, son of the late Boss Reeves and Elisa Reeves Ring was born April 15, 1922, in Wiseman, Arkansas. He died June 26, 2016 at Pinnacle Ridge Nursing Home in Olathe, Kansas at the age of 94 years 2 months and 11 days.

He was united in marriage to Nadine Ellis in 1939 in Ash Flat, Arkansas. To this union two children were born. He served his country for two years in the United States Navy during WWII. He returned home from the Navy to his wife and farm in Ballard, Arkansas. He worked the farm for several years before moving to Salem in 1958. He was a great carpenter and home builder until he retired at the age of 63 due to his failing eyesight. He was a member of the Salem First Baptist Church.

Services are Saturday, July 2, 2016 at Salem First Baptist Church in Salem, Arkansas beginning at 10 am under the direction of Cox-Blevins Funeral Home of Salem, Arkansas. Visitation will be Friday, July 1st from 6 to 8pm at Cox-Blevins Chapel in Salem, AR. Sign the online guest book at coxblevinsfuneralhome.com.

To order memorial trees or send flowers to the family in memory of Cleo Reeves, please visit our flower store.