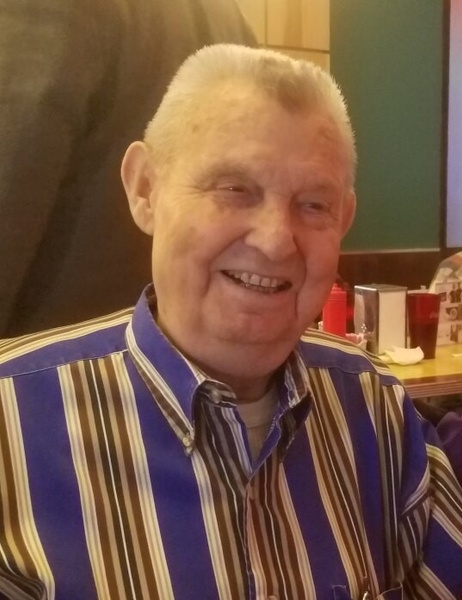 Donald Gene Guthrie, 88 of Salem, Arkansas went Home to be with his Savior on Saturday, January 30, 2021.

Don was born in Edwards County, Kansas on April 25, 1932. He was the 5th of 7 children born to Alfred Eri Guthrie, Sr. and Lucretia Ladora (Long) Guthrie. Don graduated from Preston High School in 1950 and served in the U.S. Army from 1953 to 1955 stationed at Fort Carson, Colorado.  While there he met Helen Kenyon at church and declared “I’m going to marry that girl”, which he did on July 3, 1955 in Colorado Springs, Colorado and they were married for 65 years.  From this union four children were born: Patricia, Debra, Thomas and Janet.

Don spent his working years in the oilfields in several different locations and positions.  He was fond of calling himself a “General Doflunky” wearing many different hats. He retired after 39 years and he & Helen moved from Rozet, Wyoming to Salem.  When there was most any kind of project to be tackled, his dad was known for saying “let’s wait until Donnie gets here, he’ll know what to do.” This carried over after moving to Salem, where Sandy Hodges fondly and continually referred to him as “McGyver”.

Don was a member of Salem First Baptist Church where he was a Greeter – he loved giving and receiving those hugs; and was a founding member of the Church’s Brotherhood.  He enjoyed fishing, camping, hunting, dominos and cards, especially Pinochle but his greatest joy was spending time with his family.  He loved those precious hugs and joking with the grandkids, greats & pretty much everyone.

Funeral service will be held Saturday, February 6, 2021 at Salem First Baptist Church beginning at 10:00 AM with Bro. John Hodges officiating. Burial will follow at Salem Cemetery.

To order memorial trees or send flowers to the family in memory of Donald Gene Guthrie, please visit our flower store.