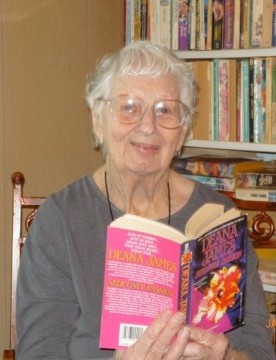 She was born in Ottawa, Kansas on May 26, 1919, daughter of the late John and Violet (Harris) Hiner. Dorothy spent her life as a loving daughter, sister, wife, aunt, friend and homemaker. She was united in marriage to the late Quinton Edward Haynes on June 29, 1938 in Kingman, Arizona. Dorothy was a member of the Viola Church of Christ in Viola, Arkansas and loved to study her Bible.  Two of her greatest loves were reading and fishing. Her house was filled with books. She was a one of a kind jewel who never spoke a bad word about anyone or anything. Dorothy always said everything was wonderful and beautiful even if it was a storm.

Dorothy is survived by her sister, Phyllis Hubbard of Washington State; brothers, Roy Hiner and Dale Hiner both of California; niece who cared for her, Loetta Bratcher of Viola and many other nieces and nephews.

She was preceded in death by her husband, Edward Haynes; parents, John and Violet Hiner; sisters, Geraldine Hancock, Helen Williams and Joyce Stubblefield and brothers, Donald Hiner and Harold Hiner.

Funeral services will be Monday, February 5, 2018 beginning at 10:00 AM with Donald Montgomery officiating at Doty Family Funeral Service Chapel in Salem, Arkansas. Interment will follow at Viola Cemetery in Viola, Arkansas.

To order memorial trees or send flowers to the family in memory of Dorothy M Haynes, please visit our flower store.
Send a Sympathy Card