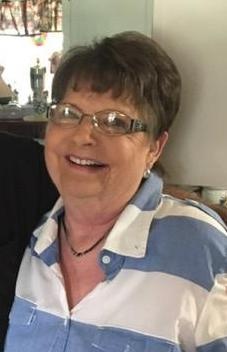 She was born at Moccasin Creek in Arkansas near Calico Rock, on April 15, 1942. She was the daughter of the late Hearl Sherrell and Mildred (Davis) Sherrell. Dula spent her life as a loving daughter, sister, wife, mother, grandmother, and friend. She was united in marriage to Gerold Bryant on February 20, 2005, in Franklin, Arkansas.

Dula was a member of Mount Zion Baptist Church and a member of the Women on Mission. She enjoyed fishing, her grandchildren, time with her husband, church activities, spending time with family and friends and making people know everything was going to be okay.

She was preceded in death by her parents, Hearl and Mildred Sherrell; son, Wendal Dewayne (Sap) Singleton; daughter, Dana Bryant, and sisters, Sharon Gillihan, and Kathy Shaw. A graveside service will be held Sunday, March 15, 2020, beginning at 3:00 PM at Oxford Cemetery in Oxford, Arkansas, with Bro. Gary Wallace and Bro. Rick Hellum officiating.

To order memorial trees or send flowers to the family in memory of Dula Mae Bryant, please visit our flower store.