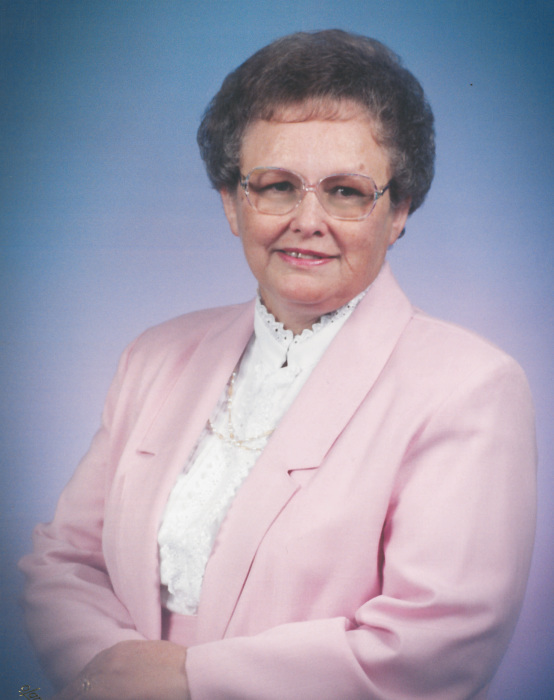 Eleanor Lois (Kingery) Romine was born August 25, 1937, as the first child of Floyd Frances and Lois Eleanor (Bixler) Kingery.  Her family included her sisters Marilyn, Grace Ann, and Chester.  She was raised on a farm in Mt. Etna, Iowa, and often reminisced about how she enjoyed farm life – bringing in the cows with her sister, working on the farm, and attending a one room schoolhouse through the 8th grade.  Her family belonged to the Church of the Brethren in Mt. Etna, where she was saved and baptized at about age 12 and served as secretary while still in high school.

In order to be able to graduate from high school, she lived with her Kingery grandparents in the closest town of Corning during the winters.  Her grandparents were a great influence on her life.  She remembered her Grandpa carrying a large bible with him wherever he went.

After graduation in 1955, she attended a business college in Omaha, Nebraska and later went to work for the company Dunn and Bradstreet.  Although she recalled being very homesick for her family the first year away, she greatly enjoyed the next few years rooming with her sister and friends and working at her job.

Through mutual friends, she met a young airman stationed near Omaha, Waymon Dale Romine.  They married in 1959, at her home church in Mt. Etna.  Eleanor and Dale had three children – Carolyn, Paul, and Kathleen.  A few years after they were married, they spent four years in England, and often enjoyed traveling through the country.  They next spent twelve years in Florida, again enjoying traveling throughout that area, and also to visit their families in Iowa and Arkansas.  Their annual visits “home” were the highlight of each year for them.

In 1982, Eleanor and Dale moved to Fairview Heights, Illinois and had seven grandchildren:  Steffanie, Mark, Steven, Adam, Tyler, Brent and Thomas.  Dale lived the remainder of his life in Illinois, until 1989.  Throughout his illness with cancer, Eleanor was his devoted nurse, spending almost every waking hour caring for him.  His last words were for her.

She loved children and loved to sew and create gifts for her family.  Over the years she made many clothes, costumes, quilts, dolls and stuffed animals for her children and grandchildren.

John 14: 1-4, 6 NKJV  "Let not your heart be troubled: you believe in God, believe also in Me.  In My Father’s house are many mansions; if it were not so, I would have told you.  I go to prepare a place for you.  And if I go and prepare a place for you, I will come again and receive you to Myself; that where I am, there you may be also.  And where I go you know, and the way you know."

Jesus said to him, “I am the way, the truth, and the life.  No one comes to the Father except through Me".

To order memorial trees or send flowers to the family in memory of Eleanor L Romine, please visit our flower store.
Send a Sympathy Card