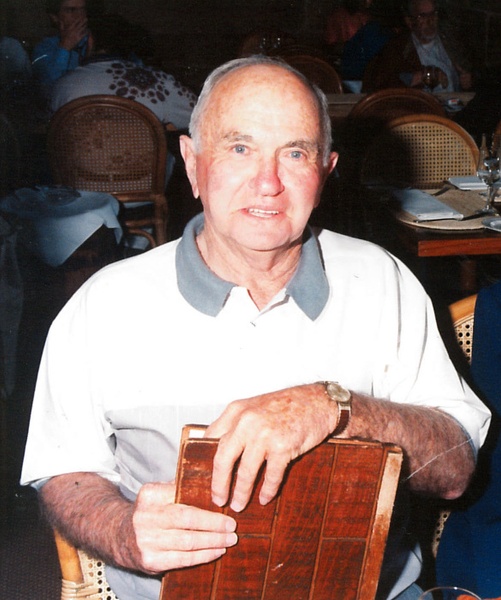 He was born in Viola, Arkansas on November 30, 1919, son of the late Anna Rebecca (Whitaker) and Erby Rue Carroll, Sr. Erby spent his life as a loving son, brother, husband, uncle and friend. He was united in marriage to the late Ella Maye Hunter in West Plains, Missouri and they were married for over 50 years. Erby served our country in the United States Army and was a member of the Viola United Methodist Church in Viola, Arkansas. He attended college at Arkansas College (Lyon College) in Batesville, Arkansas where he played basketball and baseball. After college, Erby played baseball for the St. Louis Cardinals and the Brooklyn Dodgers (LA Dodgers), in addition to playing baseball while in the US Army. During his working years, Erby worked as a plant manager for Riverside Cement in California. Farming was one of Erby’s loves. While working in California he would take each vacation to come back and work on his farm. Erby loved his dog Penny dearly and always did things his way.

Graveside services will be Friday, April 28, 2017 beginning at 11:00 AM with Rev. Velda Bell officiating at Viola Cemetery in Viola, Arkansas.

To order memorial trees or send flowers to the family in memory of Erby Rue Carroll, Jr, please visit our flower store.