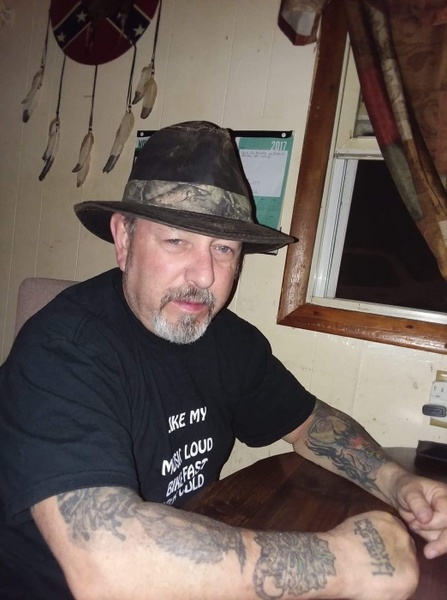 He was born in Charlotte, North Carolina on March 8, 1963, son of the late Cecil and Ruby Sexton Sharpe. Glenn spent his life as a caring son, brother, and husband.  He was united in marriage to Bobbi Baker March 25, 2008 in Chetopa, Kansas.  He loved his grandson who ran to meet him each day after school.  He also enjoyed Harley-Davidson motorcycles.

He was preceded in death by parents, Cecil and Ruby Sexton Sharpe.

No memorial services are planned at this time, but a private family gathering will be at a later date.

Gifts to help with funeral expense are greatly appreciated and may be made to Doty Family Funeral Service P.O. Box 395 Salem, Arkansas 72576.

To order memorial trees or send flowers to the family in memory of Glenn Edward Sharpe, please visit our flower store.