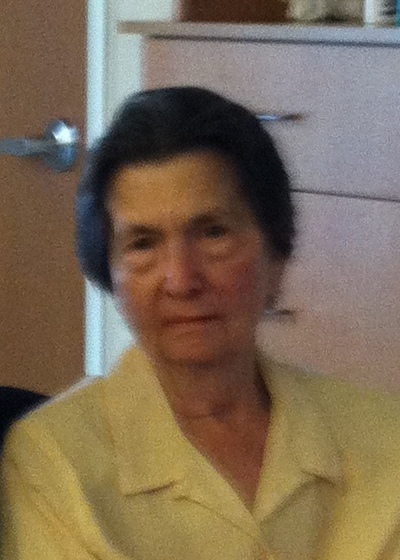 Estelle Mae Goodson, of Agnos, daughter of the late Herbert Ray Cherry and Elsie Corine Dover Cherry, was born July 3, 1934 in Frenchtown, Arkansas. She died February 12, 2015 at White River Medical Center in Batesville, at the age of 80 years 7 months and 9 days.

She was united in marriage to Teddy Neal Goodson Aug. 20, 1956. She was employed by the shirt factory in Salem for many years and later carried the mail for several years. She was a member of the Church of Christ and attended services at the Agnos.

Funeral Services are Sunday, February 15, 2015 at 2 pm at Agnos Church of Christ with burial to follow in Agnos Cemetery in Agnos, under the direction of Cox-Blevins Funeral Home of Salem.

To order memorial trees or send flowers to the family in memory of Goodson, Estelle Mae, please visit our flower store.