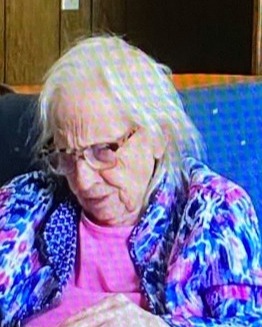 She was born in Wheeling, Arkansas, on December 31, 1926, daughter of the late Wilk and Jonnie (Sanderson) Oldfield. Helen was united in marriage to Clinton Bassham and from this union three sons were born. During her working years, Helen worked in the office for the District Soil Conservation. She loved reading and would read continuously. Helen enjoyed sewing and quilting; she especially enjoyed making quilt block patterns. She was a member of Moko Church of Christ.

She was preceded in death by her husband, Clinton Bassham; parents, Wilk and Jonnie Oldfield; sister, Claudia “Pat” Barnett and brother, Kermit Oldfield.

Funeral Services will be held, Friday, December 23, 2022, at Doty Family Funeral Service Chapel in Salem, Arkansas beginning at 1:00 PM with Bro. Tom Doty officiating. Interment will follow at State Line Cemetery in Moko, Arkansas. Visitation will be prior to the service beginning at noon.

To order memorial trees or send flowers to the family in memory of Helen O. Bassham, please visit our flower store.