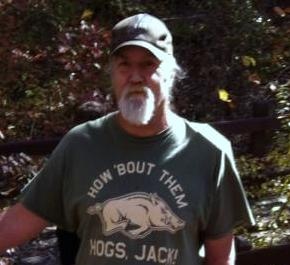 He was born in Mammoth Springs, Arkansas on August 15, 1960, son of the late Granville Porter “Jack” Howell and Mondra Elizabeth Mullins. Jackie was united in marriage to Julie Howell Rogers in Elizabeth, Arkansas on November 2, 1985, and from this union one son and a daughter was born.

Jackie loved deer hunting, looking for arrowheads, fishing, and hiking. He was a big storyteller as well as a rock hound. He spent many years working as a logger/trucker. He was a good husband, father, grandfather, and brother. He loved his family and granddaughter. He was a member of the Mount Calm Church in Mount Calm, Arkansas.

He was preceded in death by his parents, Granville Porter “Jack” Howell and Mondra Elizabeth Mullins Howell; half-sister, May Alford; and half-brother, Joey Fowler.

In lieu of flowers memorials may be made to Doty Family Funeral Service.

To order memorial trees or send flowers to the family in memory of Jackie Howell, please visit our flower store.