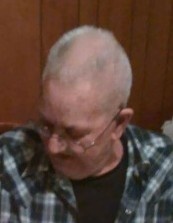 He was born in Frankfort, Kentucky on June 11, 1940, son of James Russell and Sally M. (Cole) Hill. John spent his life as a loving son, husband, father, grandfather, great grandfather and father. He was united in marriage to Shirley Margaret Lee in Jackson, Tennessee on June 27, 1965. John was an ordained teacher for Church of Jesus Christ Restored Gospel in Elizabethtown, Kentucky. During his working years he worked as a cook at the Fort Knox Military Base. John loved his grandchildren and spending time with them. He also enjoyed watching the University of Kentucky Wildcats play basketball, Walker Texas Ranger and Wrestling.

He was preceded in death by his sons, Rodney Hill and Ronald Hill; parents, James and Sally Hill and brothers, Sam Hill, Elmer Hill and James Hill.

To order memorial trees or send flowers to the family in memory of John Amen Hill, please visit our flower store.