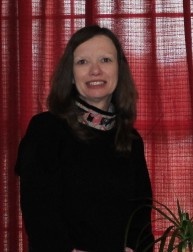 She was born in Calico Rock, Arkansas, on December 2, 1960, daughter of the late Lehman and Lois (Baker) Sanders. Joyce spent her life as a loving daughter, wife, cousin, and friend. She was united in marriage to William “Bill” Glen DeWitt on October 26, 1985 at Viola Assembly of God Church. Joyce obtained a Master's of Science in Nursing and taught nursing classes at Missouri State University in West Plains for 28 years as an Assistant Professor of Nursing and prior to teaching she was a nurse at Baptist Health Center in Little Rock, Arkansas. She was a faithful member of Viola Solid Rock Assembly of God where she taught a class for girls called Missionettes. She accepted Jesus as her Savior at a young age and served faithfully in various capacities. Joyce loved to travel around the country. She most enjoyed traveling to the various National Parks with her husband, Bill.

Joyce is survived by her husband, William “Bill” DeWitt of Viola, Arkansas and many cousins.

She was preceded in death by her parents, Lehman and Lois Sanders and grandparents, Henry and Fannie Baker and Ras and Lidda Sanders.

Funeral services will be Wednesday, December 23, 2020 beginning at 10:00 AM with Bro. Joe Garner officiating at Viola Solid Rock Assembly of God in Viola, Arkansas. Interment will follow at Deweytown Cemetery in Elizabeth, Arkansas. Visitation will begin at 9:00 AM until service time.

To order memorial trees or send flowers to the family in memory of Joyce Carolyn DeWitt, please visit our flower store.