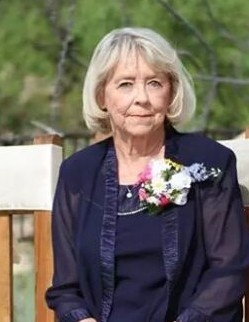 She was born in Youngstown, Ohio on April 12, 1944, daughter of the late Thomas E. and Loretta (Burkett) English. Judie spent her life as a loving daughter, sister, wife, mother, grandmother, aunt, homemaker, and friend. She was united in marriage to Michael Leon Bridges on May 16, 1986 in Midland, Texas.

She was preceded in death by her parents, Thomas and Loretta English and two sisters, Resa English Pratt and Patty English Moulder.

Graveside Services will be held, Saturday, December 26, 2020 beginning at 11:00 AM at Humphries Cemetery in Glencoe, Arkansas with Father Amal officiating.

To order memorial trees or send flowers to the family in memory of Judie Bridges, please visit our flower store.