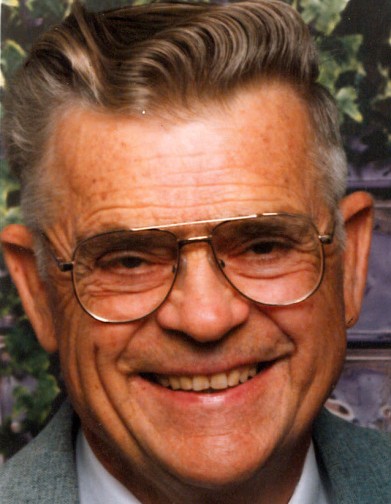 Kenneth Eugene Roper, 84, of Viola, Arkansas, passed away, Wednesday, March 7, 2018 at Hospice of the Ozarks in Mountain Home, Arkansas.

He was born in Viola, Arkansas on October 17, 1933, son of the late Virgie (Tackett) and Milus Jasper Roper. Kenneth spent his life as a loving son, brother, husband, father, grandfather and friend. He served our country in the United States Army during the Korean War and was awarded a Bronze Star and made Sergeant. He was united in marriage to the late Avy Joyce Meredith on January 21, 1956 in Kansas City, Missouri. Kenneth was a member of Viola Baptist Church in Viola, Arkansas, past deacon and associational treasurer. He worked as a mail carrier for the United States Postal Service for 30 years.

He was preceded in death by his wife, Joyce Roper; grandson; Timothy Mask; parents, Virgie and Milus Roper and sisters, Charlene Cool and Louise Romine.

Funeral services will be Saturday, March 10, 2018 beginning at 11:00 AM with Bro. Larry Ring officiating at Viola First Baptist Church in Viola, Arkansas. Interment will follow at Flora Cemetery in Viola, Arkansas. Visitation will be Friday, March 9, 2018 from 5:00 PM until 7:00 PM at Doty Family Funeral Service Chapel in Salem, Arkansas.

To order memorial trees or send flowers to the family in memory of Kenneth Eugene Roper, please visit our flower store.
Send a Sympathy Card