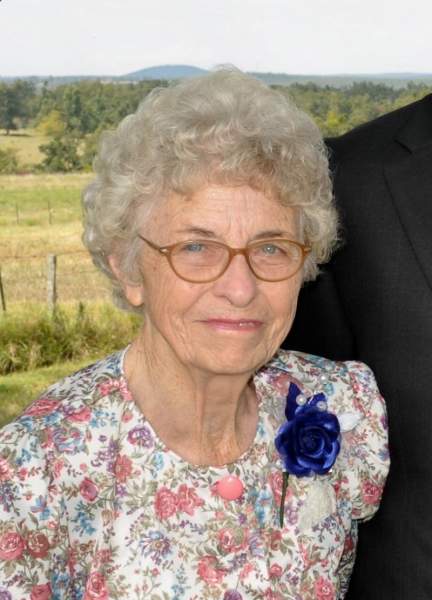 Wilma Francis Langston, of Morriston, daughter of the late Ralph Buster Everett and Bertha Francis Mathis Everett, was born March 20, 1929 in Fairview, AR. She passed away on April 12, 2015 at Fulton County Hospital in Salem at the age of 86 years and 23 days.

She was united in marriage to Russell Langston Dec. 8, 1951 at Morriston. To this union, three children were born. She was a homemaker and an avid gardener. She was a member of the Church of Christ and attended services at Morriston.

Survivors include her husband, Russell Langston of the family home; a son, Larry Langston and wife Vickie of Morriston; a daughter, Teresa Conner of Morriston; her grandchildren: Tania Wallace and husband Rusty of Morriston, Brent Langston and wife Julia of Heart and Tyler Conner of Morriston; three great-grandchildren, Blaine Wallace, Brenna Wallace and Trevor Langston, and a host of other relatives and friends. She was preceded in death by one son, Alan Langston, a great-grandson, Breten Wallace, one brother, Edward Everett, one son-in-law, Bill Conner, and her father and mother.

Services will be Wednesday, April 15, 2015 at 2:00 pm at the Salem Church of Christ with burial to follow in Morriston Cemetery under the direction of Cox-Blevins Funeral Home of Salem. Visitation is Wednesday from noon to service time at the church.

Memorial contributions may be made to Morriston Cemetery Association.

To order memorial trees or send flowers to the family in memory of Langston, Wilma Francis, please visit our flower store.