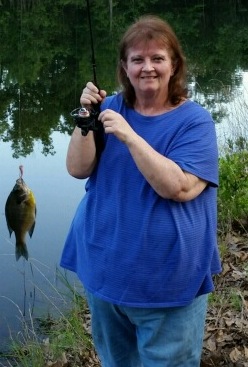 Linda Sue Rowe, of Salem, Arkansas, daughter of John Pinkham and the late Barbara Berry Pinkham was born August 21, 1953, in Sacramento, California. She died May 21, 2016 at White River Medical Center in Batesville, Arkansas at the age of 62 years and 9 months.

She was united in marriage to Dave Rowe on April 20, 1974 in Sacramento, California. To this union two sons were born. She worked at Supierior Dairy for ten years, loving every minute of it. She loved her boy's without fail and would do anything for them. Linda loved working crossword puzzels and painting. She often painted pigs and rabbits.

Survivors include her husband, Dave of the family home; son's, Daivd Rowe Jr. of Cooperville, Michigan, and Michael Rowe of Salem; father, John Pinkham; brothers, Jerry and Robert; sisters, Sally, Beverly, and Susan. She was preceded in death by her brothers, Johnny, Phillip, and Glen; and her mother.

To order memorial trees or send flowers to the family in memory of Linda Sue Rowe, please visit our flower store.
Send a Sympathy Card