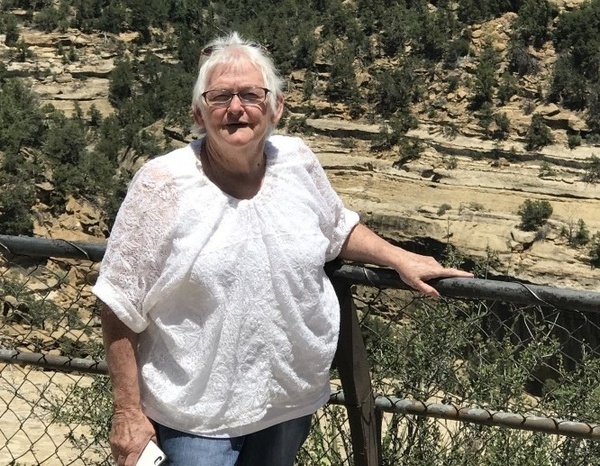 She was born in Batesville, Arkansas on October 31, 1948, daughter of Theda Marie (Bray) and the late Jesse Howard Sanders. Linda spent her life as a loving daughter, sister, wife, mother, grandmother, aunt and friend. She was united in marriage to the Paul M. Switzer in Byron, Arkansas on October 28, 1971 and from this union two daughters were born, Christy and Tina. During her working years, she was a beautician then worked at Salem High School in the cafeteria until she retired. After high school, she attended cosmetology school in Kansas City and her sister was her first guinea pig. Linda attended Byron Presbyterian Church in Byron. She enjoyed traveling out west but always willing and ready to go anywhere, sewing, fishing and riding four wheelers. Linda loved her family and loved cooking for them. Some of her best dishes include chocolate rolls and biscuits.

She was preceded in death by her father, Jesse Sanders; brother, Howard Sanders and great niece, Kennedy Sanders.

Funeral services will be Saturday, December 30, 2017 beginning at 10:00 AM with Bro. John Hodges officiating at Byron Presbyterian Church in Byron. Interment will follow at Byron Cemetery in Byron. Visitation will be Friday, December 29, 2017 from 6:00 PM until 8:00 PM at Doty Family Funeral Service Chapel in Salem.

To order memorial trees or send flowers to the family in memory of Linda Nell Switzer, please visit our flower store.
Send a Sympathy Card