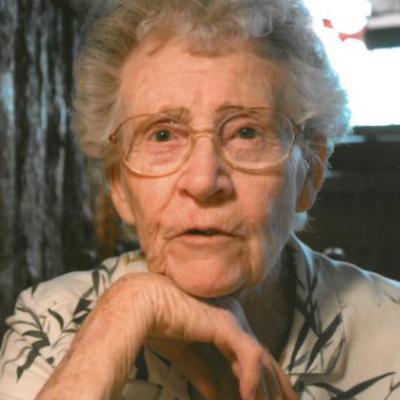 She was born in Midland, Arkansas on October 16, 1923, daughter of the late Jess and Errie (Blackman) Izel. Lorene spent her life as a loving daughter, sister, wife, mother, grandmother, and friend. She was united in marriage to the late Lawrence Allenbaugh on November 4, 1942 in California and to this union two children were born. Lorene was very active in the Moko Church of Christ for 20 years. She was a member of the Women’s Veteran’s Auxiliary and her and Lawrence would often take people on wagon rides.

She was preceded in death by her husband, Lawrence Allenbaugh; son, Thomas Allenbaugh; parents, Jeff and Errie Izel; two brothers, and one sister.

Funeral Services will be held, Monday, February 10, 2020 at Moko Church of Christ in Moko, Arkansas beginning at 10:00 AM with Bro. Dan Campbell officiating. Interment will be at 3:00 PM at Rosemont Cemetery in Benton, Arkansas following the service.

To order memorial trees or send flowers to the family in memory of Lorene Inez Allenbaugh, please visit our flower store.
Send a Sympathy Card