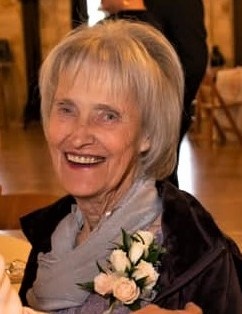 Loretta Ann Young, 79 of Henderson, Arkansas, passed away January 2, 2021 in Mountain Home, Arkansas. She was born on December 25, 1941 in West Allis, Wisconsin to Theodore and Irene (Lindner) Schulist and was one of six children.

She graduated from Neillsville, Wisconsin high school in 1959. Loretta married Charles “Chuck” Arthur Young on October 12, 1968, after the death of her first husband, James Leland Northup. Loretta and Chuck have lived in Henderson since 1982 and owned and operated Colonial Liquors and Rock House Liquors for many years. Loretta was a licensed real estate agent and enjoyed her family, her church family, her neighbors, her cat Blacky and supporting Henderson small businesses.

She was preceded in death by her first husband; her parents; brothers, Theodore and David and sister, Carol.

A Celebration of Life will be held Saturday, June 19, 2021 beginning at 11:00 AM at the home of Barbara O'Brien in Horseshoe Bend, Arkansas.

To order memorial trees or send flowers to the family in memory of Loretta Ann Young, please visit our flower store.