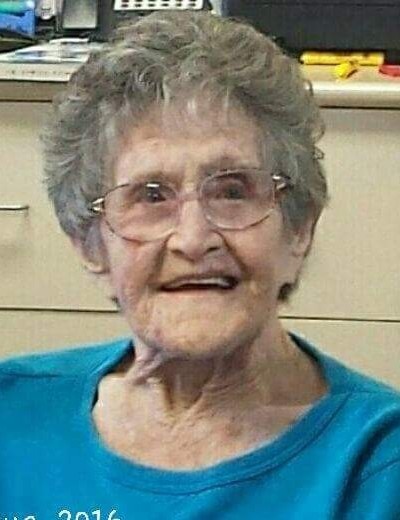 Mayzell Claudine Payne Stuart of Salem, Arkansas, daughter of Joseph Wheeler Payne and Ninetta (Carrol) Payne, was born August 31, 1917, in Temple, Oklahoma and departed this life February 27, 2018 at Southfork Therapy and Living Center in Salem at the ago of 100 years, 5 months and 27 days.

She was united in marriage to the late Cecil Taylor Stuart on April 4, 1936, in Union, Arkansas, who preceded her death on March 10, 2011. Mayzell spent her life as a loving wife, mother, grandmother and friend. She was happiest when she was with her children and grandbabies. She was a member of the First Baptist Church in Salem. Mayzell was one of the first employees of the Fulton County Hospital where she worked as a nurse aide and assisted in labor and delivery, and later worked at the Holiday Inn in West Plains, Missouri. Her hobbies included gardening and she loved flowers.

To order memorial trees or send flowers to the family in memory of Mayzell Claudine Stuart, please visit our flower store.
Send a Sympathy Card