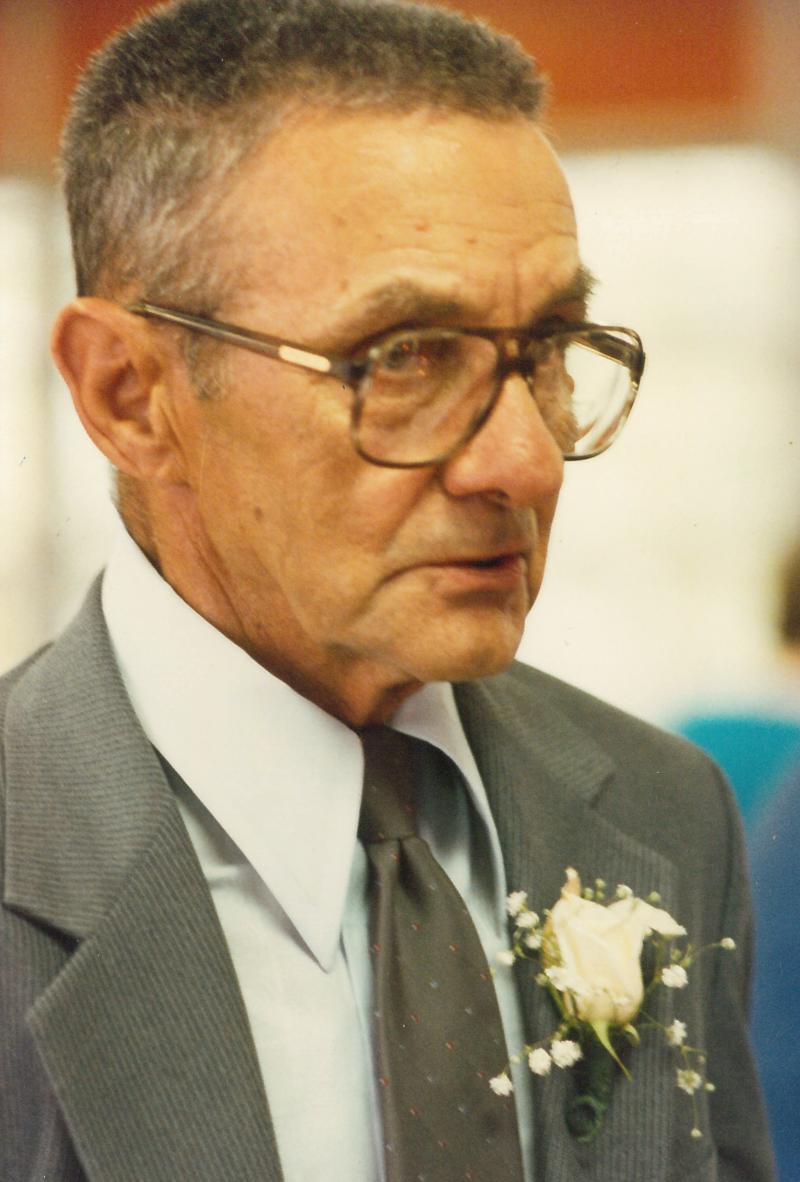 Donnie M. Morgan, of Viola, was born January 28, 1923 in Monument, KS. He died June 10, 2015 at his home at the age of 92 years 9 months and 13 days. The son of Ford and Mary Morgan Gibson, the grandson of Tom and Columbia Mitchell Morgan. Due to the death of Mary Gibson at the birth of the twins Don and Dale, the grandparents adopted and raised Don.

Don married Auline Wayland on April 21, 1945 at Viola, Arkansas. To this union two children were born. He was a self employed farmer raising hereford beef cattle. He was in the United States Army during WWII, a member of the DAV, and of the Assembly of God faith and attended services at Mitchell. Don was a life long resident of Viola and the Mitchell area.

He was preceded in death by his son, Bob Morgan; two brothers, Dale and Persia Gibson; grand parents, Tom and Columbia Morgan; and his father and mother.

Funeral services are Saturday, June 13, 2015 at 2 pm at Mitchell Assembly of God Church under the directon of Cox-Blevins Funeral Home of Salem. To sign the online guest book go to coxblevinsfuneralhome.com

To order memorial trees or send flowers to the family in memory of Morgan, Donnie M., please visit our flower store.