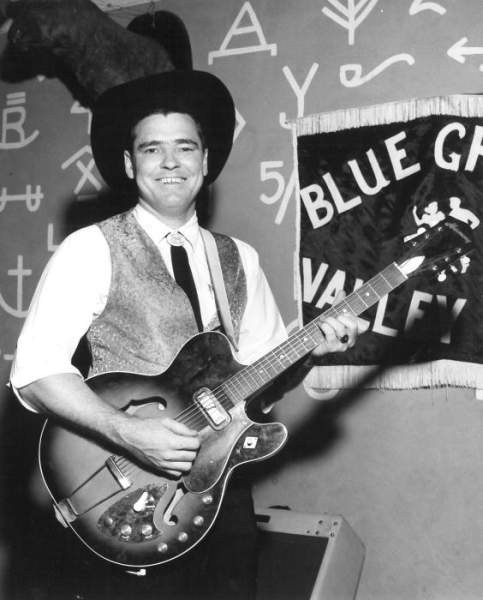 He was born on October 26, 1932, son of the late Edward and Ida Pearl (Alexander) Cooper in Breckenridge, Texas. Bob married the late Gwendolyn R. Waltenburg on June 16, 1984 in Imperial Beach, California. He served our country in the United States Army as a Military Police. Robert served 25 years in law enforcement with the Chula Vista Mounted Police and a with the National City Police Department as a Patrolman and Burglary Detective. Bob had a musical career of 50 years and played with various bands in California and Arkansas. He played with the Hardy Junction House Band, The Putter Palace Pickers, The Oldies but Goodies, Southern Missouri Bluegrass Band on TRI Mountain TV and The George D. Hay Society of West Plains. Bob also played for many live square dances and danced with many clubs in California and with the Mammoth Springers in Arkansas. In 2012, Robert gave up music and said, “he just got tired of it”. Bob was president of PORAC and was a member of The Republican Party of Salem, The Patriots of Salem, The Blue Lodge of Masons in Salem and a 32nd Degree Scottish Rite Member. He was a member and former greeter at Salem First Baptist Church.

He was preceded in death by his loving wife, Gwendolyn Cooper; parents, Edward and Ida Cooper; sister, Florence Kloberdanz; brother, Thomas Norman Cooper and many aunts, uncles and cousins.

Funeral services will be Thursday, September 26, 2019 beginning at 10:00 AM at Salem First Baptist Church in Salem with Bro. John Hodges officiating. Visitation will be Wednesday, September 25, 2019 from 6:00 PM – 8:00 PM at Doty Family Funeral Service Chapel in Salem, Arkansas. Burial will follow services at Salem Cemetery.

Arrangements under the direction of Doty Family Funeral Service of Salem, Arkansas.

To order memorial trees or send flowers to the family in memory of Robert "Bob" Joseph Cooper, please visit our flower store.