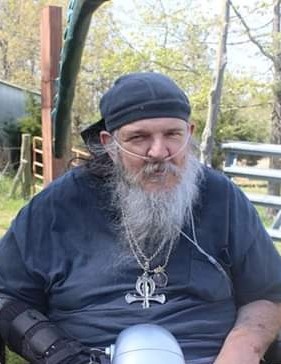 He was born in Chicago Illinois, on May 12, 1952, son of Robert A. and Joan (Hogan) Mix. Robert served our country in the United States Navy during the Vietnam War. He was united in marriage to Diane Schmiedeke on September 19, 1987 in Berryville, Arkansas. During his working years, Robert was a truck driver. Robert belonged to the Circle of the Elements and was a minister with Universal Life Church. He enjoyed fishing, motorcycles, concerts and traveling. Often Robert would get up and say let’s go for drive and you never knew where you would end up going.

He was preceded in death by his mother, Joan Niagro and stepfather, George Niagro.

To order memorial trees or send flowers to the family in memory of Robert Scott Mix, please visit our flower store.