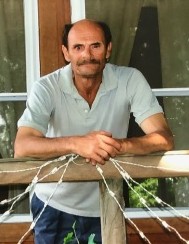 He was born in Yakima, Washington, on July 8, 1959, son of Leamond and Pauline (Sexton) DeWitt. Roger spent his life as a loving son, brother, uncle, cousin, and friend. He spent his working years in road construction. Roger loved hunting, carving, woodworking, car mechanics (especially muscle cars). He also built his own house.

He was preceded in death by his father, Leamond DeWitt and his grandparents.

Funeral Services will be held, Wednesday, March 4, 2020, at 12:00 PM at Doty Family Funeral Service Chapel in Salem, Arkansas, with Bro. Michael Dillinger officiating. Interment will follow services at Bexar Cemetery. Visitation will be prior to the service beginning at 11:00 PM.

To order memorial trees or send flowers to the family in memory of Roger Joseph Eugene DeWitt, please visit our flower store.
Send a Sympathy Card