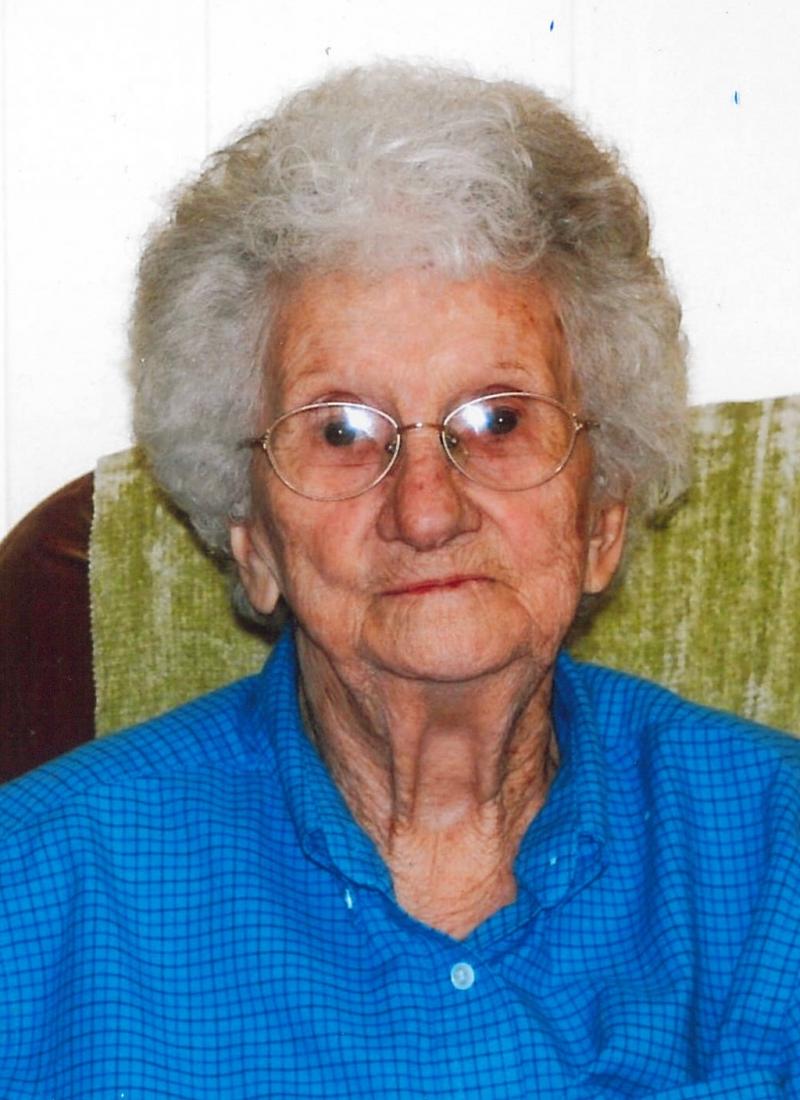 Ruth McCandlis Peterson, of Viola, Arkansas, daughter of the late Owen McCandlis and Mary Burgess McCandlis, was born September 7, 1915 in Viola, Arkansas. She died January 15, 2016 at South Fork River Therapy and Living Center in Salem at the age of 100 years 4 months and 8 days.

She was united in marriage to Hubert Peterson on October 28, 1934 in Viola. She was a member of the Flora Baptist Church, where she was very active. She was director of Vacation Bible School for many years and also taught Sunday School and served as song leader.

Survivors include her nieces and nephews, who she doted on and treated like the children she never had. She was preceded in death by her husband, her brothers: Hubert, Floyd, Otto, J.T. and Paul McCandlis; her sisters: Ola Grisso and Rennie Burns and her father and mother.

Services are Monday, Jan. 18, 2016 at Cox-Blevins Chapel beginning at 10 am with a visitation beginning at 9 am. Burial will follow at Mt. Calm Cemetery under the direction of Cox-Blevins Funeral Home of Salem. To sign the online guest book go to www.coxblevinsfuneralhome.com.

To order memorial trees or send flowers to the family in memory of Ruth McCandlis Peterson, please visit our flower store.
Send a Sympathy Card