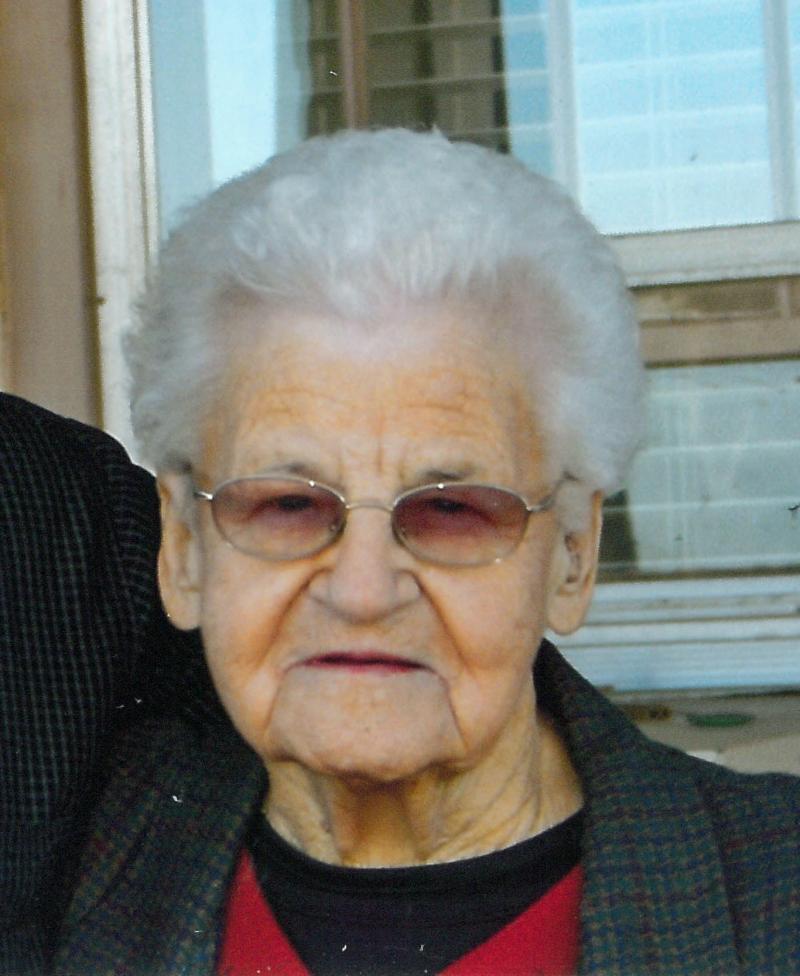 Freda Merle Benton Smith, a life-long resident of the Heart community, died at her home on Thursday, April 3, 2014 at the age of 94. She was born at Mammoth Spring, Arkansas on November 26, 1919, to the late William DeWitt and Cora Carr Benton. She married Wyatt Frank Smith at Alton, Missouri on December 25, 1940. Together they ran a dairy farm, raised beef cattle, and row-cropped. After semi-retiring, they loved to travel and had the pleasure of visiting all the original 48 states, plus Canada and Mexico. Frank preceded her in death on January 17, 1982, and Freda later visited the remaining two states.

She was a member of Burks Chapel Church of Christ and looked forward to seeing her church family each week.

As long as her health permitted, she loved to garden, tend to her flowers, and participate in weekly quilting at the Heart Community Building. Although early records are long ago tucked away, her early 1950's membership in the Fulton County Extension Club is thought to be one of the longest continuous ones for the local organization.

She cherished the time spent with family and eagerly awaited their visits. She took great pride in the family home and appreciated getting to live there for over 70 years.

In addition to her parents and husband, she was preceded in death by an infant son; one brother, John D. Benton; and two sisters, Maye Coil and Bobbie Jean Mooney.

To order memorial trees or send flowers to the family in memory of Smith, Freda Merle Benton, please visit our flower store.