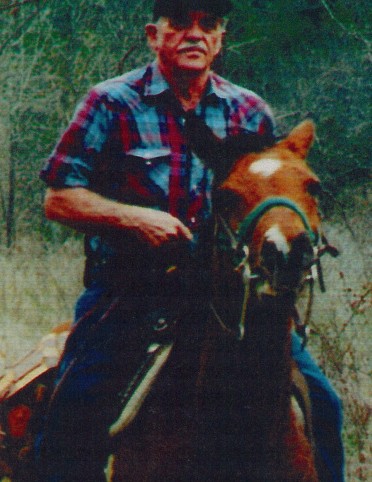 Virgil Eugene Isom, of Williford, Arkansas, son of the late Claude Isom and Nellie Rand Isom, was born February 23, 1929 in Black Oak, Arkansas. He passed away peacefully at his daughter’s home in Bono, Arkansas, Sunday, December 11, 2016, at the age of 87 years 9 months and 18 days.

He was united in marriage to Frances Vigil in Denver, Colorado, and to this union four children were born. Virgil served his country in the United States Army and later became a truck driver.  He was a dedicated Teamsters Union member. He was of the Christian faith and was saved many years ago at Friendship Assembly of God Church. He loved guns and riding horses.

Survivors include his children: son, Randy Isom of Bono, Arkansas and daughter, Bobbie Wilson of Bono , Arkansas; eight grandchildren; twenty-six great grandchildren; many other relatives and friends. He was preceded in death by two daughters: Laura Jaramillo and Patricia Louise Isom; five sisters; three brothers; ex-wife and mother of his children, Frances Vigil Isom and his father and mother.

Funeral services are Tuesday, December 13, 2016 at Cox-Blevins Chapel beginning at 2 pm followed by interment at Flora Cemetery. Visitation will be from 1 pm until service time.

To order memorial trees or send flowers to the family in memory of Virgil Eugene Isom, please visit our flower store.
Send a Sympathy Card