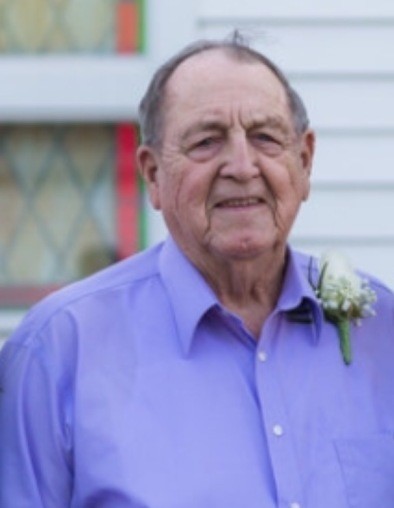 He was born in Quincy, Illinois on January 2, 1926, son of the late Henry B. and Pearl Octovia (Dismore) Garmer. Walt spent his life as a loving son, brother, husband, father, grandfather, great grandfather and friend. He was united in marriage to the late Doris Lydia Wallace on September 27, 1947 in Osceola and to this union one daughter was born, Darlene. After Lydia’s passing Walt was united in marriage to the late Mary Lee Stone on November 22, 1997 in Osceola, Arkansas. Walt was a charter member of Eastside Baptist Church in Osceola where he was a Deacon and served as Church Treasurer for many years. He was employed by the Unites States Post Office for 24 years as a Postal Clerk before retiring. Walt served our country in the United States Army during World War II.

To order memorial trees or send flowers to the family in memory of Walter H. Garmer, please visit our flower store.
Send a Sympathy Card