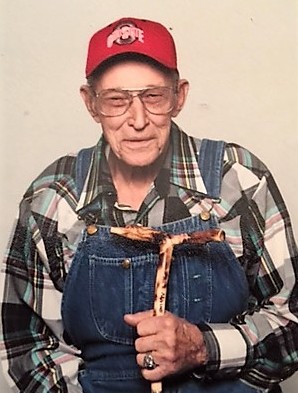 Walter Robert McCord, of Salem, Arkansas, son of the late Rowland McCord and Martha Day McCord, was born October 22, 1927 in Ash Flat, Arkansas.  He  died Tuesday, December 20, 2016 at Fulton County Hospital in Salem, Arkansas, at the age of  89 years 2 months and 29 days.

He was united in marriage to Virgie Tadlock, at Salem, Arkansas.  He had three children.  He served his country in the United States Army, he was a farmer, and a member of the Agnos Church of Christ.

He was preceded in death by his wife, Virgie McCord; siblings; Chester McCord, Carroll McCord, Ruby
McCord, Vernon McCord; and his father and mother.

Funeral services are Friday December 23, 2016 at Agnos Church of Christ beginning at 11 AM, with Brother Farrell Nicholson officiating.   Visitation will be from 10 am until service time.

To order memorial trees or send flowers to the family in memory of Walter Robert McCord, please visit our flower store.
Send a Sympathy Card