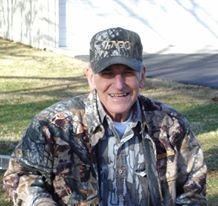 Bill retired from CenturyTel in 1996 after spending 35 years with the company. He and his crews were instrumental in providing rural telephone service in Fulton and Sharp counties while working for CenturyTel, now CenturyLink.

Services will be held at Salem First Baptist Church in Salem, Arkansas, Sunday, March 19, 2017, with visitation beginning at 1:00 PM and Celebration of Life beginning at 2:00 PM.

In lieu of flowers, donations may be made to Salem First Baptist Church or Salem Cemetery Association, both of Salem, Arkansas.

To order memorial trees or send flowers to the family in memory of William W. "Bill" Newton, please visit our flower store.