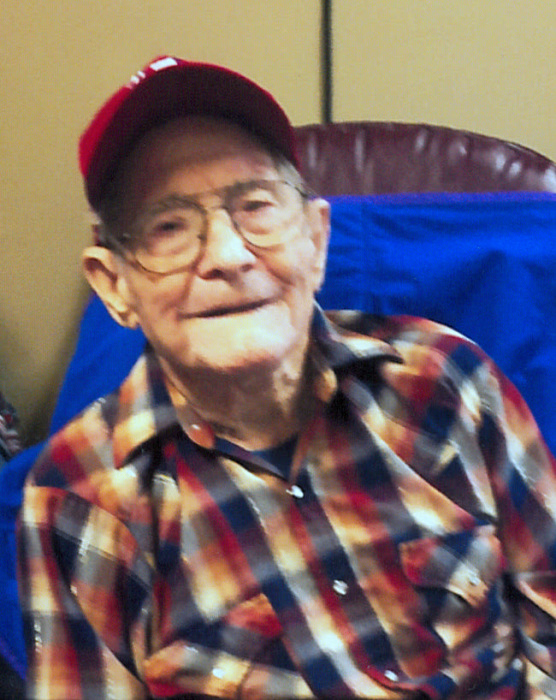 Willie Bealer Sanders born, November 24, 1925, son of the late Ras and Lidda Sanders in Elizabeth, Arkansas, passed away peacefully in his sleep on July 7, 2018 at the age of 92.

He was united in marriage to the late Argie Campbell on April 26, 1950 in Salem, Arkansas and to this union four daughters were born, Roenea Gammill of Elizabeth, Arkansas, Vickie and Gary Burns of Batesville, Arkansas, Linda and Randy Johnston of Bakersfield, Missouri and Trecia and Gary Hoggatt of Bakersfield, Missouri; nine grandchildren and thirteen great grandchildren. On March 8, 1996, Argie passed away in Mountain Home, Arkansas. Willie married Inez Morgan on October 5, 1996 and they lived in Elizabeth on the farm. Inez had two daughters, Carolene Holder and Margaret and Charles Manning. On May 11, 2016, Inez passed away in Jonesboro, Arkansas.  As a boy, Willie and his six brothers formed a baseball team, and nobody could beat them. They played all over Fulton County. Willie worked on the dam at Norfork, and then he went to California and worked with his brother, Amos. While working with Amos, he ran a dozer, helped with crops and milked dairy cows. After he left California he moved back to Arkansas and started to work. He drove the school bus for ten years and took kids on school trips. He and his wife, Argie had a garage in Viola, where he was a mechanic, sold gas at the pumps and had two dozers. He would work in the garage during the day and drive the bus in the mornings and evenings. Willie drove a dump truck for Leroy Moore and also drove a semi to haul hay for the cows. He then moved back to the farm and milked dairy cows for 12 years and then retired. After retiring, he loved to go fishing and went every day except Sunday. Willie was saved at the Viola Assembly of God Church in January of 1957. He served the Lord for 61 years and loved people and loved to talk. Willie would help anyone and everyone out, even if it was the middle of the night. He spent many years as the Sunday School Superintendent and a Deacon. Willie loved going to church, singing, and he put a lot of stock in prayer by always praying for someone.

Funeral services will be held Wednesday, July 11, 2018 at Viola Assembly of God Church in Viola, Arkansas beginning at 11:00 AM with Bro. Eddie Passmore and Bro. Allen Cartwright officiating. Interment will follow at Elizabeth Cemetery in Elizabeth, Arkansas. Visitation will be held Tuesday, July 10, 2018 from 6:00 PM – 8:00 PM at Doty Family Funeral Service Chapel in Salem, Arkansas.

To order memorial trees or send flowers to the family in memory of Willie Bealer Sanders, please visit our flower store.
Send a Sympathy Card